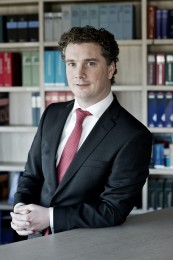 HEUSSEN is proud to announce that Herman Ruiter has been appointed as partner of HEUSSEN Lawyers & Civil Law Notaries with effect from 1 July 2020.

Herman leads the Commercial Contracting & Litigation practice of the Amsterdam office and will further expand and deepen that practice in his new role. Herman started working as an attorney at Clifford Chance in 2007 and has since worked as a lawyer in Curaçao and as Legal Counsel Claims & Litigation at FrieslandCampina. In 2018 Herman joined HEUSSEN Lawyers & Civil Law Notaries and returned to the legal practice in which he advises and litigates in the field of (international) commercial contract law and corporate law.